Ovulation Pain | Know What Its Causes And Symptoms Are 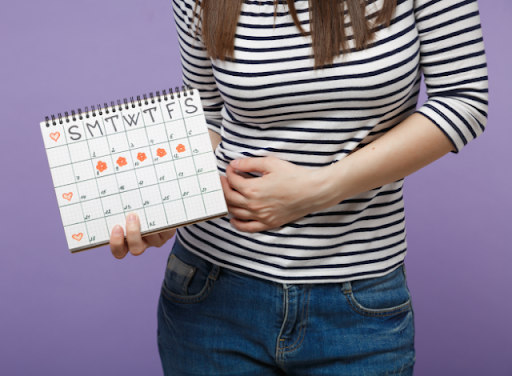 Have you ever asked this question to yourself? Why do I have cramps about a week or two before I get my period? If so, you have come to the right place to find out what you need to know. Ovulation pain is the name for the pain you feel. Around the time of ovulation, some women feel a light pain or cramp in the lower abdomen. It is usually not too bad, and rest or over-the-counter medicines can help. If it is bad, it could be a sign of a disease. Read the post below to learn more about ovulation pain and how to treat it.

A mature egg or ovum is released from a woman’s ovary during ovulation. The mature egg is received by the Fallopian tube after it has been let go. Now, the egg goes into the Fallopian tube, where it can stay for up to 12 to 24 hours, waiting for sperm from the male partner to fertilise it when the woman has a sexual encounter. When the egg and sperm join, the female becomes pregnant.

A small number of women have cramp-like pain when they ovulate. These are called “ovulation pain” or “middle pain,” which is what the German word Mittelschmerz means. Most of the time, ovulation happens in the middle of a woman’s cycle, like around the 14th day of a 28-day cycle. Abdominal cramps during menstruation or periods are quite common among females. But menstrual cramps are not the same as the pain in the lower abdomen after ovulation. If you have cramps when you don’t have your period, it could be because you are ovulating. Only a small number of women have lower abdominal pain or cramps after ovulation.

Several things can cause ovulation pain:

This is how you can know about ovulation symptoms:

Find In-Home Care Options Near Me